Round 2 of the iRacing 2016 NASCAR Peak Antifreeze Series was Tuesday, 3/1/2016, at Atlanta Motor Speedway. They would race 167 laps. Justin qualified p. 7, led 25 laps, and finished in the top 10. There were 5 total cautions, 3 in the first half and 2 yellows at the beginning of the second half of the race. The caution at half way occurred during green flag pit stops and caught Justin back in p. 23. He stayed out after the last caution to take the lead and held onto the lead for 6 laps before the tires started to fall off. Tire fall off was huge with a good 2 seconds difference. Justin used some more strategy and came in early for fresh tires on the last green flag pit stop to gain some ground and finished the race p. 9. You can watch a replay of the race on YouTube here. Next week iRacing will put out a new build on the cars adding the new downforce. The next race will be 3/15/2016 at Phoenix International Raceway. 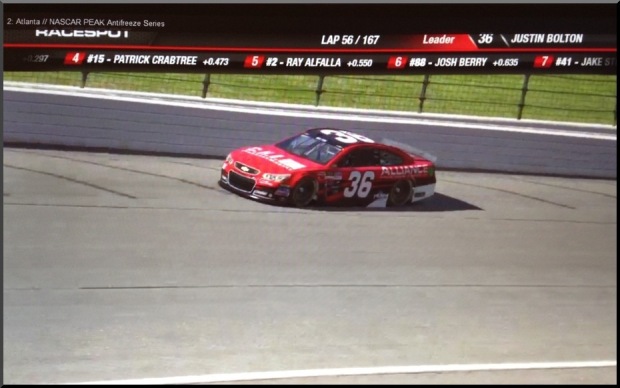